How to adapt a graphic novel into a visual novel 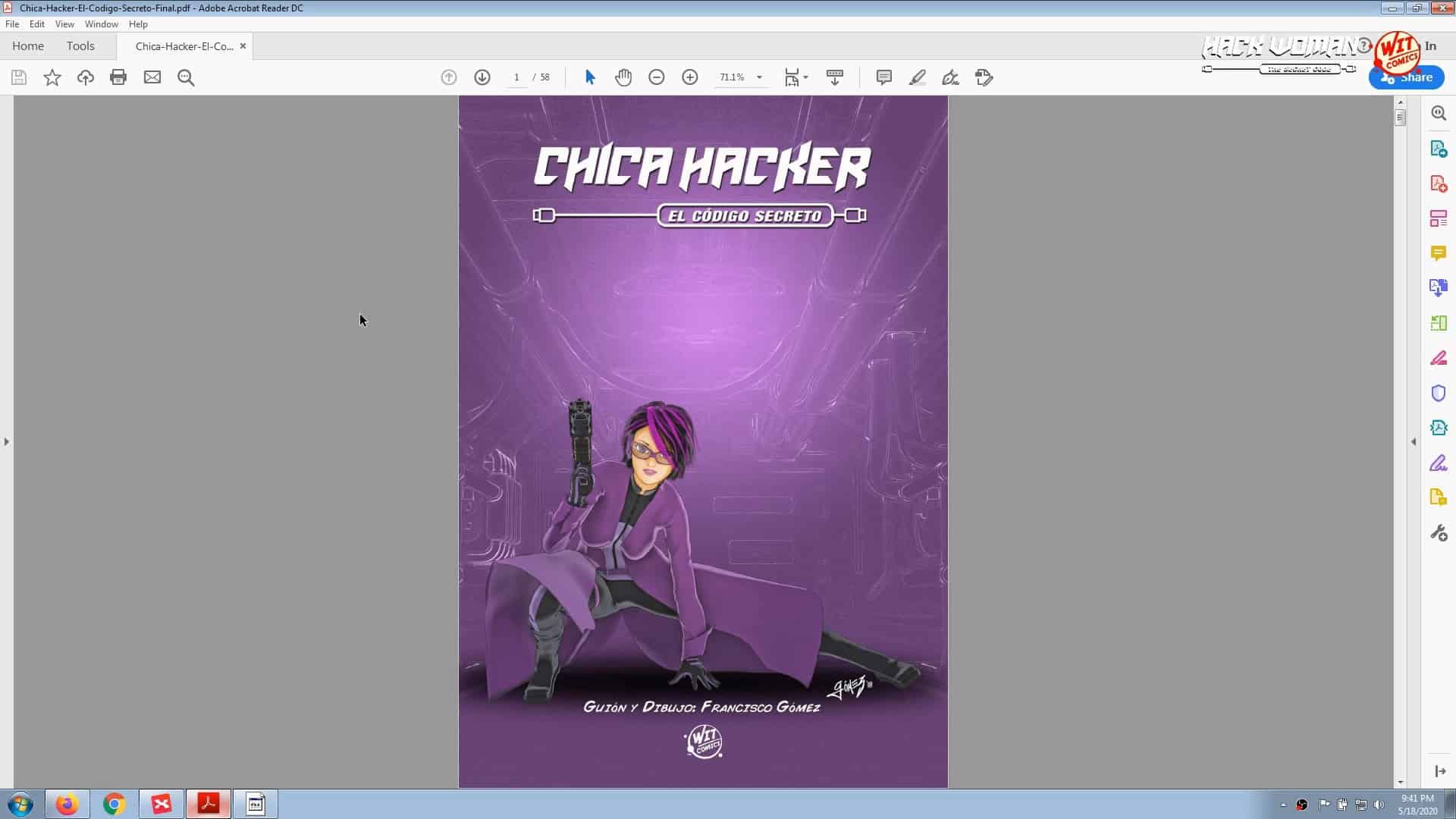 Hello friends! This is Francisco from Wit Comics, thank you for watching our videos and don’t forget to keep you safe!

Well, first of all I know that I have a bad English, English is not my first language, it’s my second language, so I will do my best to be clear to all of you.

How to adapt a graphic novel into a visual novel game?

I want to share with you the writing process of my visual novel, as you may know, we are working on the adaptation of our graphic novel into a visual novel game.

Visual novels are really awesome, really cool kind of video games, but they have their own way of telling a story, right?, that is very different from a
graphic novel or a comic book.

In 2018, in the Master in Creative Writing in Spain at the University of Seville, I presented Hack Woman as a graphic novel, and the acceptation, the responses of the public were really awesome there, so now I decided to adapt all the story, all the characters, all the graphic novel into a visual novel game.

Well, this is the cover page, this is the cover of the of the graphic novel, the name now is Hack Woman because a good friend of mine of Seville, Spain, give me… advised me to change the name, to sound more like a superheroine, so the story is Hack Woman: The Secret Code, and this is the main character, a female protagonist that is not… she doesn’t succeed… success or succeed (sorry for my my bad speaking) she doesn’t have success in all her actions due to her beauty, or her physical attractiveness, but because her intelligence and her gifts in programming and hacking.

So she is a different, a new kind of female protagonist for visual novel games and graphic novels.

Well, this is the first page, where we have a transmission from the UN, about a new world government under the name, that is called “One World”.

Well this is the first… the beginning… the first pages, the beginning of the
story and the presentation of the characters, and the story begins here.

Well, now I worked on the adaptation of the first pages into the form of a visual novel tree.

This is a software that I use very often to create mental maps for my work, and I work… I worked into creating this tree, very basic now, but you will
see how all of this will become complex, so we have the first… the first screen, imagine this is a visual novel game or a video game, so I have here the first screen that is the main menu with all the options.

Then we have the first chapter here, that is conformed by different scenes, the first scene is inside the Natasha’s apartment, and the user or the gamer will see the broadcast of the UN in an holographic screen, that is this… this scene here, this panel here.

Then the active reader (gamer) will begin the second scene with the grandmother Natasha watching the screen, the holographic screen, first we’ll see the screen, we are the protagonist, then we see the protagonist herself here, then, the other main character Maria, who is Hack Woman, enters into the scene, into the story, inside the secret bunker of the CIA, as appears here.

Then, in the fourth scene, scene four, inside the Natasha’s apartment, we are seeing to Natasha watching the holographic screen and Maria interrupts her, and then Natasha begins the hacking attack, this is what happens here, what is happening here.

We have to Natasha, and then Maria interrupts her, she is remotely inside the bunker, and then she begins the attack here.

Something happens in this page, Natasha is performing the hacking attack, so what I did was to create an screen here, to allow the gamer or the active reader of the story, to allow him or her to become the protagonist herself, so here the user, the gamer will have the opportunity to choose three different kinds of attacks, two of them are wrong, we lead the gamer to a bad ending and only one of them will be the correct one, that will be successful and will allow the reader, the gamer to continue the story, as it happens in the graphic novel, the actual story.

Natasha have performed a successful attack, so she succeeds, she has succeed, sorry for my bad English, then we see to her granddaughter congratulating her, both are happy.

But in these pages we see a linear story, but here we have an interactive way to tell a story, we have a moment of decision in the story, and in the life of the character, she has to choose among three options, and only one is correct, and when the user chooses the correct answer, he or she is able to
continue, or is allowed to continue the story to the next scene, the game to the next scene.

The next scene is inside the secret bunker, we see Maria running throughout the corridors of the bunker.

Then she arrives to an electronic door, then she must hack the digital lock of the door, and here we have another moment of decision, this time for Maria that needs to choose among three options that will lead to different branches or different routes of the story, perhaps here we will have a bad
ending, or perhaps another kind of story here, and here she will succeed and the story will continue like in the graphic novel.

So friends, I will stop the video, this video recording here, again sorry for my bad speaking, I will try to improve!

Thank you for all your comments and please subscribe to our mailing list, to be the first ones to playing the demo when is available, and you will be the first to have access to the Kickstarter campaign with a 20% off!

So please subscribe to my mailing list, and you will be the first in playing the demo game, and you will have early access to the Kickstarter campaign and enjoy of 20% off of the price of the game.

Well friends, also we will launch the visual novel on Steam, so stay tuned and thank you for watching! See you in the next video.