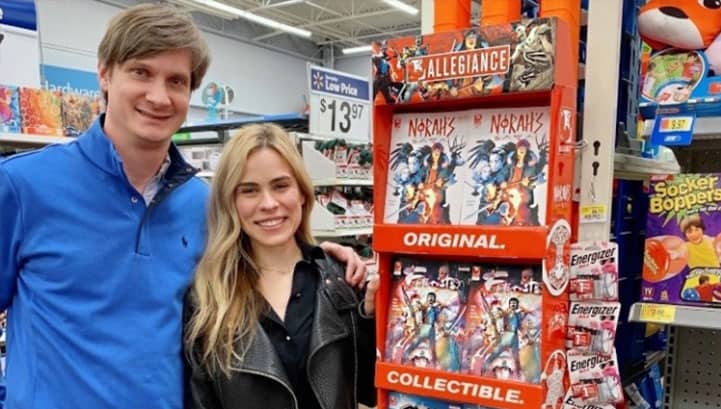 Visually atractive comic books displays from new comics publisher Allegiance Arts and Entertainment, will be placed in the book departments of 3,000+ Walmart stores, about 70% of the chain, on May 5. The exhibitors, which will be on the side of an endcap display, will be launched with 4 unique great titles, priced at $4.98 for 24 all-story pages on 70-pound paper.

The displays are becoming placed by Readerlink, which covers book distribution to Walmart. Their eight pockets will be utilized to show several issues of the comic books, therefore fans will be able to locate early issues even after the titles have launched. Plans are to release with ten copies for each store of each title. The comics will also be offered online at Walmart.com.

All publications were edited by Patrick Stiles. Book Design by Chris Kendrick.

All of the four have had Indiegogo campaigns. The crowdfunding campaign for a bundle of Norah’s Saga, The Futurists, and Bass Reeves raised $44,709 and has been fulfilled; the August 2018 campaign for Red Rooster: Golden Age, which raised $197,434, has not.

The stories will be written in “seasons” of six “episodes,” for eventual repackage into book format.