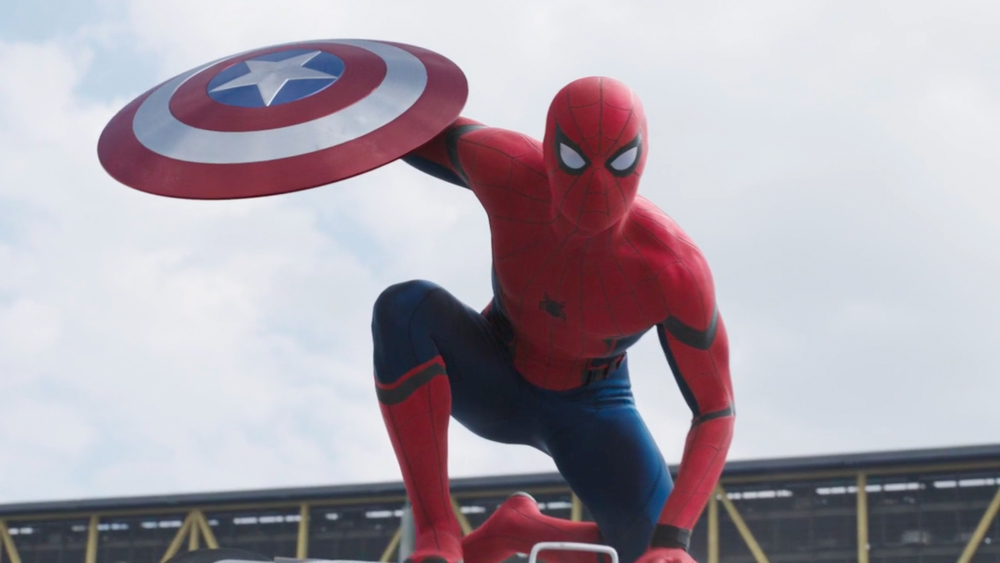 Spider-Man Civil War appearance is confirmed! Marvel fans dream has become true, Disney and Marvel have just released a fresh out of the box new trailer for Captain America: Civil War, and the most essential piece of new footage involves the official disclosing of Spider-Man. Watch the trailer at the bottom of the page, then jump back here for some speedy analysis.

There are such a variety of cool shots in this trailer, starting with the one of Sebastian Stan’s Bucky/Winter Soldier in that regulation office and finishing with the Spider-Man uncover at the very end. General Ross shows the new Avengers lineup footage of all the destruction they’ve been a part of lately, which is hard for them to watch — especially Scarlet Witch, who encountered the effects of that level of destruction firsthand.

We all know the basic story of the motion picture at this point, however there’s some pleasant setup between Steve Rogers (Chris Evans) and Tony Stark (Robert Downey Jr.) that establishes where they stand on the issue of government regulation of superhero movement. We improve take a gander at the interstate chase between Black Panther and Bucky, which looks like an awesome display of Black Panther’s speed and abilities.

The trailer makes us imagine that Winter Soldier shoots War Machine out of the sky. That occasion appears to be the huge defining moment in the motion picture, and Tony’s announcement of “I was off-base about you. The entire world was off-base about you,” cuts right to the center of these characters’ relationship that has been worked over these movies thus far.

After a short time, there’s a montage of a large portion of the colleagues in real life, including new expansion Ant-Man hopping off of Hawkeye’s bolt, before Cap is decked by Crossbones. At that point there’s that shot of the two sides going head to head at the airplane terminal that looks like the opening of X-Men: The Animated Series, and the official presentation of Tom Holland’s Spidey into the MCU. It makes immaculate sense that Tony would call Peter Parker “Underoos,” as well, so there’s a pleasant cheerful character minute in the midst of these serious events.

Captain America: Civil War arrives in theaters on May 6th.